Making Records: of the not-so-good kind

Posted on September 10, 2016 by Traveling Mosaic

I’ve taken quite a break from blogging as I’ve moved and have focused on settling into life and work and school. Learning from last summer, I’ve been working on balance – which means less writing for the moment. However, I thought I’d check in with my “record-breaking” news. Unfortunately, not of the good kind.

I have Mononucleosis, a.k.a. Mono. While most of the world contracts mono in their teens-twenties, I made my doctor’s record for being the oldest person she has diagnosed with mono – at age 33.

As unhappy of a diagnosis as it is, I’m grateful to know what-in-the-world is going on with my body. Oh, and I’ve also made it into the rare 5% of people who end up with a mono rash as of yesterday. Hurray!?

Technically, I’m starting my second week of mono since diagnosis but I’m on my third week since symptoms have appeared. It started with a painful neck that I thought was muscle pain, until a swollen lymph node appeared the next day. The following day I had “electric skin” and the slightest brush felt painful. Five days after the first symptom I ended up with a fever for two days and out of work for most of the week. The first doctor thought I had a sinus and ear infection, but when I wasn’t getting better (yes, I cried and called Doctor Mom) I ended up at a CareNow clinic. Finally diagnosed, the doctor gave me a steroid shot to help with the worst symptoms.

Researching mono can be a discouragement as the length of time to get over it is 4-8 weeks, but then the virus stays active/somewhat contagious in your system for up to 18 months later. Plus, you’ll always have the EBV (Epstein-Barr Virus) in your system so you could contract it again and you’re a carrier. Bodily fluids (saliva, sneezing, etc…) are the main way it’s passed on, and no, I didn’t get it from kissing as the boyfriend has never had it. Which means who knows how I actually contracted it (plane flight, grocery store,…?…). Also, for your information, it takes 4-6 weeks for symptoms to show up and get a diagnosis so you’re actually the most contagious when you don’t realize you have mono. Sorry to everyone I might have passed it on to.

Fighting mono basically means rest and lots of fluids. I’ve been scolded multiple times by people for not resting enough, but I’ve already spent one week in bed and I can’t handle more rest! I am working on resting more and have left work early several days. I also work from home on days I have new symptoms, like Friday when the mono rash appeared.

The weird part about mono is that I’m rarely hungry so I’ve already lost 2 pounds. I have to eat small meals, and if I’m craving something (like Sonic cherry limeade and tater-tots) I indulge as it means I’ll actually eat something! Part of the reason for this is your spleen (and liver) can enlarge which pushes on your stomach. No contact sports for me – ha! that’s the one easy thing to avoid in all of this.

One thing that seems to come up for natural “remedies” for mono is the intake of coconut oil. Apparently the folic acid in coconut oil helps you recover faster so I’ve been putting 2 tablespoons of coconut oil in a smoothie every morning. My advice: don’t put it in yogurt as it turns chunky and don’t eat it plain as you’ll gag. Truth. Smoothie is best! It seems to help as I’ve felt much better this week (week one of diagnosis and coconut oil) and physically have more energy.

This week I’m adding the Juice Plus trio (berries, vegetables, and fruit) to my regimen as those finally came in. Since I’m not eating as much, I’m not getting as many nutrients as I need so being able to get them via Juice Plus is a benefit.

I’ve already been drinking lemon water to help with the liver and spleen function thanks to Young Living essential oils. Hopefully next week I can start on NingXia Red (waiting on delivery) as that has helped me tremendously in the past when I’m low energy and in transition, or sick. 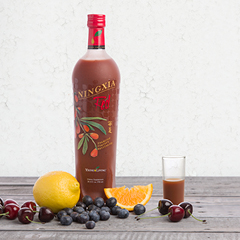 If you want to know more about essential oils, let me know and I can connect you.

The good news is that week three is apparently when lymph nodes start reducing; which has held true as the one in my neck has reduced in size, which means less of a “sore” throat.

The hard part in all of this is trying to keep others, like my roommate, from getting it. So, I have a separate sponge for washing dishes and ALL my dishes go in the dishwasher to be decontaminated. Thankfully, I already used my own coffee mug, silverware, and dishes at the office so all I had to do was toss the community sponge I had used for washing them.

Well, now you know more about mono and symptoms as well as why I’ve been quiet of late. At least I’ve done some “record-breaking” to make life more interesting.

*Sigh* I’m really starting to like the idea of a quiet, uneventful life – it only took thirty years.

I'm on a journey in this world, hence the "Traveling" part of the name. My life is also made up of pieces that, when the Master completes it, will be a beautiful Masterpiece, hence "Mosaic."
View all posts by Traveling Mosaic →
This entry was posted in Life Lessons and tagged coconut oil, essential oils, Juice Plus, mono, mononucelosis, NingXia Red, Young Living. Bookmark the permalink.

1 Response to Making Records: of the not-so-good kind